Under bridges, alongside busy roadways, crowded into semi-ﬁnished buildings—they have come, running from one life or death situation to what might become another.

Tens of thousands have come on foot and by car or truck, walking many hours and traveling many miles to escape their oppressors, arriving only with what they could carry or hastily pack into their vehicles. Harassed, beaten down, and confused, these families all have a fear-ﬁlled story to tell to anyone who will listen.

While visiting displaced people near Dohuk city, an Iraqi Alliance pastor observed a married couple and 30 children living as squatters in an unﬁnished building. When asked if the children were all theirs, the man replied, “No, no, while coming out of the mountains we just started picking them up oﬀ the road, wandering alone or in small groups.” He added, “They told us they don’t know what happened to their parents.”

Today, there are 1.2 to 1.8 million internally displaced persons in Iraq. Out of 800 schools in Iraqi Kurdistan, 600 of them are currently full of displaced people seeking shelter in classrooms. So far, the fall semester hasn’t begun because the Kurdish regional government doesn’t know what to do with this mass of people. Refugee camps are necessary, but as history tells, they are not a good solution.

CAMA, along with an Egyptian church, has funded the Iraqi pastor mentioned above to head up the relief eﬀort in Dohuk and its surrounding villages. He has rented a warehouse and uses the youth group as volunteers to deliver aid. He is delivering camping stoves, mattresses, blankets, shoes and food packages to those who have fled to Dohuk.

The needs are much larger than any church or organization can handle. In a recent survey trip, CAMA personnel found that about 70% of these displaced people are children and many people are in need of medical attention.

But perhaps the greatest risk to these families is the lack of proper shelter for winter. They aren’t thinking about winter yet because they think they will be able to go back home, a very typical response for displaced people in the ﬁrst few months. What they haven’t yet accepted is that bringing peace in their homeland, which is currently under religious extremist’s control, is a very complex problem that will likely have no resolution for years. They are not prepared for the snowy winter they will experience in the mountainous regions of Iraqi Kurdistan. The buildings they are sleeping in as squatters don’t have windows or doors and will not be able to keep the cold out.

While other humanitarian organizations are working through the red tape and backlog of trying to register with the local Kurdish government, CAMA and The Alliance are already registered. We are poised and ready to act at a time of great need.

CAMA has released additional funds so that the Iraqi pastor can hire another like-minded man to assist him in distribution full-time. CAMA is also planning to send relief professionals to live in Dohuk and assist the pastor in the administration of relief projects.

Would you consider sending a gift today to continue the help we are providing to these displaced Iraqis, most of whom are children?

With your gift, please join us in praying for Iraq: 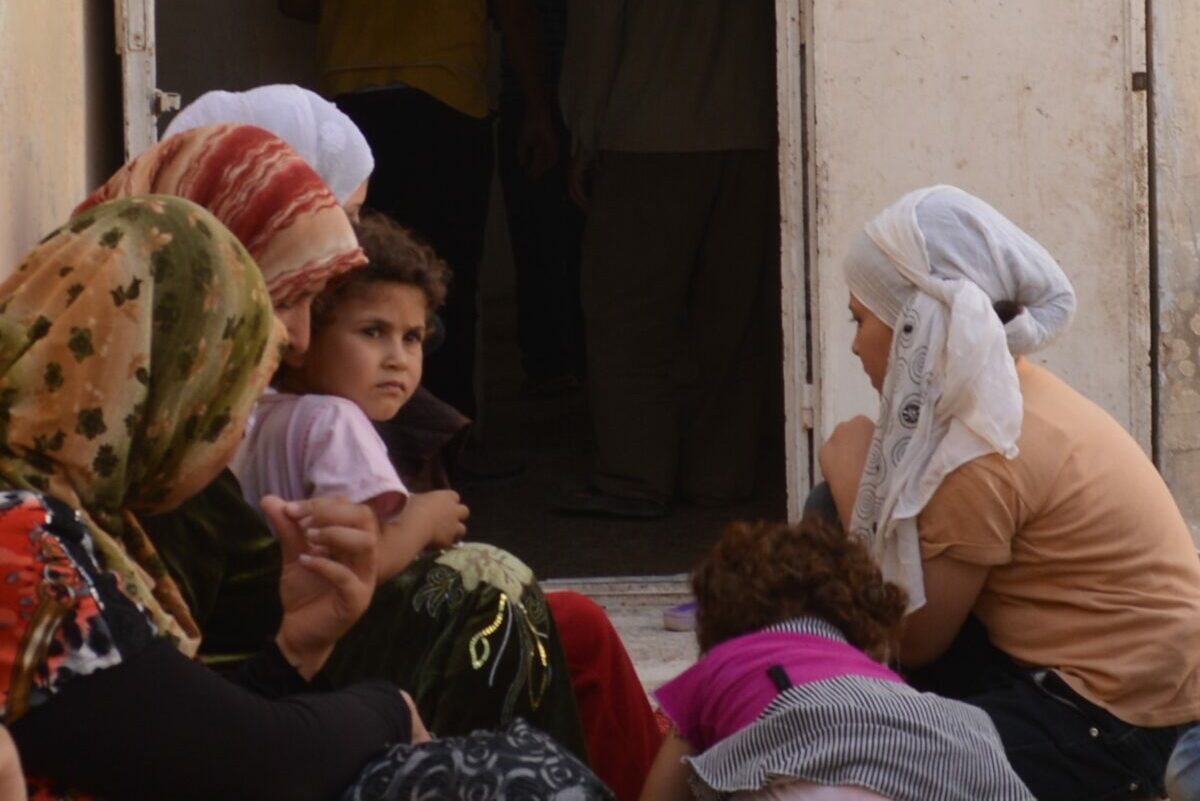