Last month I revisited the local narcotics prison on the outskirts of town in Papua, Indonesia.

In the small chapel, I was moved by the spirited singing and enthused as I mingled with the inmates. My message was on GRACE, and I shared with the prisoners that God loves us no matter how bad we have been. I told them the story of the woman caught in adultery who Jesus forgave, challenging them to accept His forgiveness and walk with Him.

The mosque next to us was also having their religious service, a bit of a distraction, but I preached boldly in the small chapel. I was hoping they would hear my message as well.

Many inmates remembered the soccer team that came with me to the prison last summer on our Selamat Tour 2016. We gave them some soccer balls and uniforms to equip their fledgling jail team, which we renamed Harapan Baru or “New Hope”. Even as the rain came down, we slid around the field together and prayed together.

Before leaving last month, the inmates asked if I could return with a soccer team. And just last week I could fulfill my promise.

The 2017 Selamat Tour is in full motion, and prison was one of the first stops. I walked in with several soccer players from the US and Australia who have joined us for the tour. We brought in new nets and soccer balls, and after playing a great game of soccer, I could again share about GRACE and forgiveness to the prison’s New Hope team. Will you continue to pray for these inmates? Will you also pray for the rest of the tour?

“Football (or soccer) reigns supreme!” our friend in Papua says. “The villagers play almost every day and Papua United is here to challenge them, not only in football but also to bring them today’s harsh reality of HIV.”

HIV is prevalent in Papua. The virus claims the lives of so many of our Papua people. A local newspaper reported there are now more than 25,000 HIV-positive people in Papua, and our town of Wamena has the highest number. These numbers keep growing. Our message this summer is abstinence until marriage and faithfulness during marriage. And beyond this message, we are building relationships and providing opportunities for the character of Christ to be displayed. 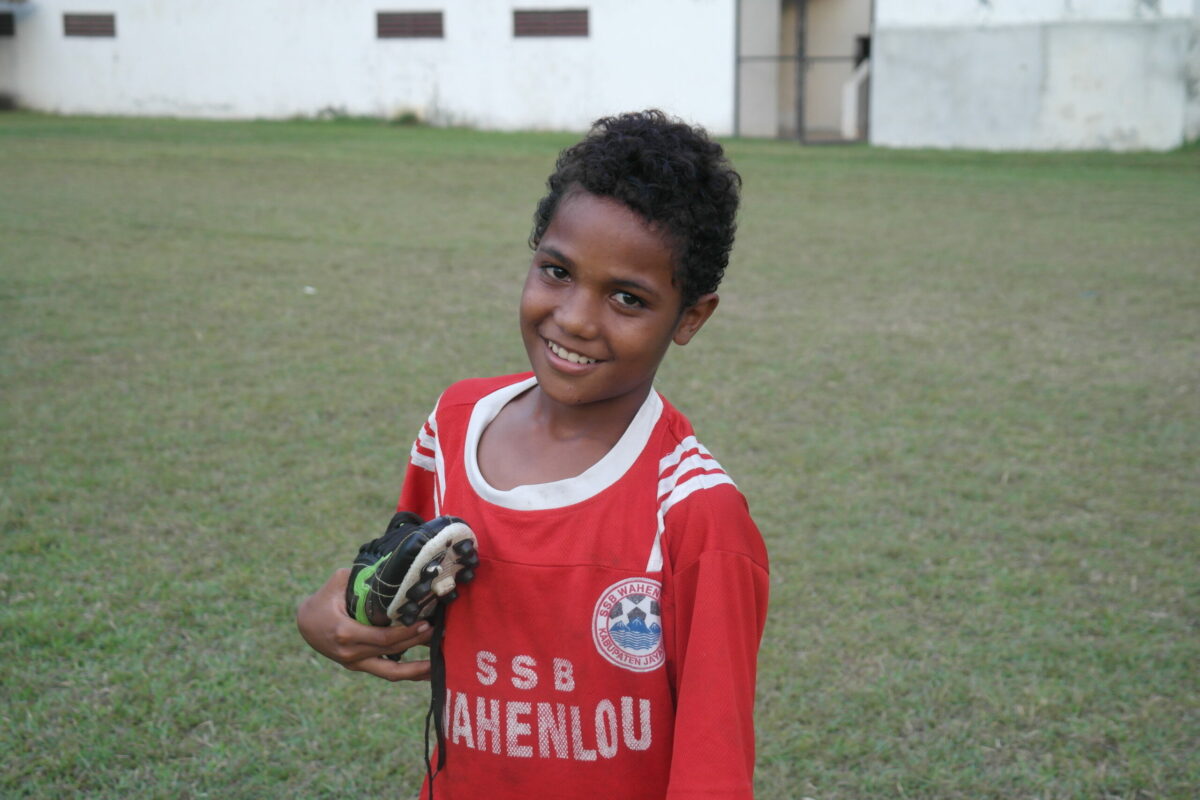 Peace with Love through Soccer 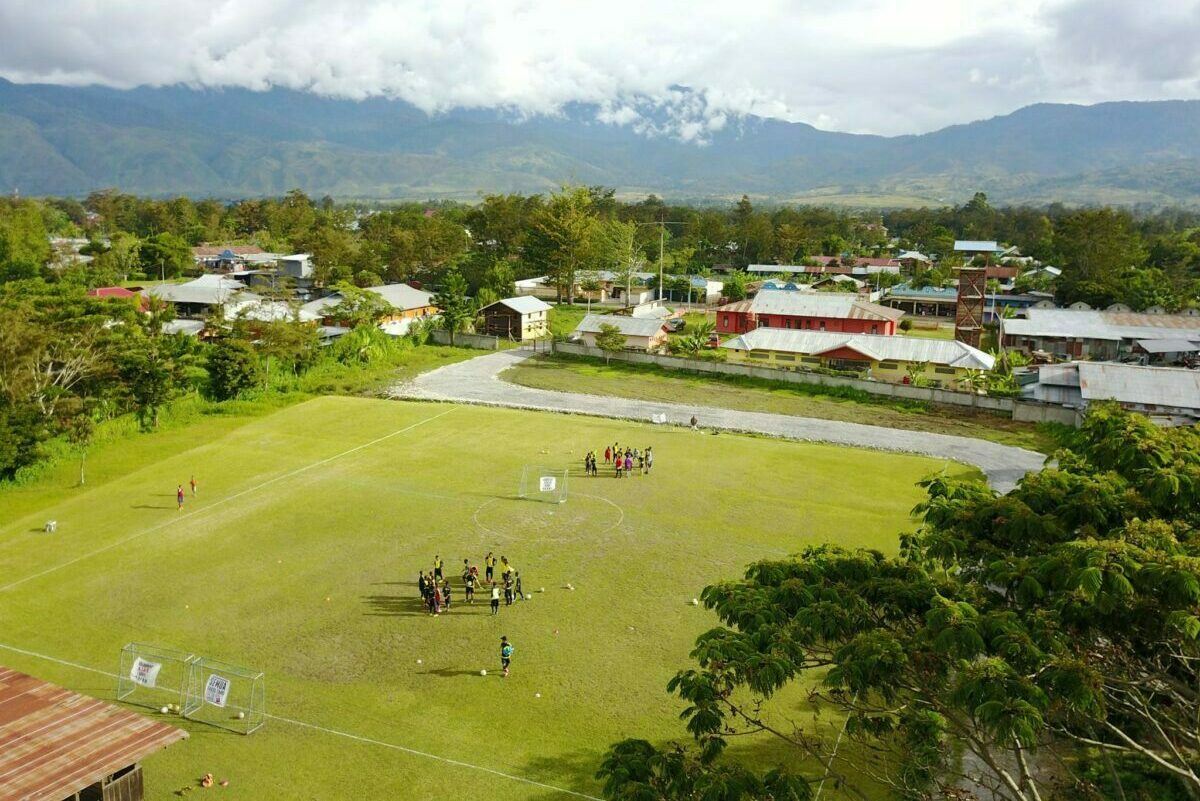 A Call to Prayer for Papua 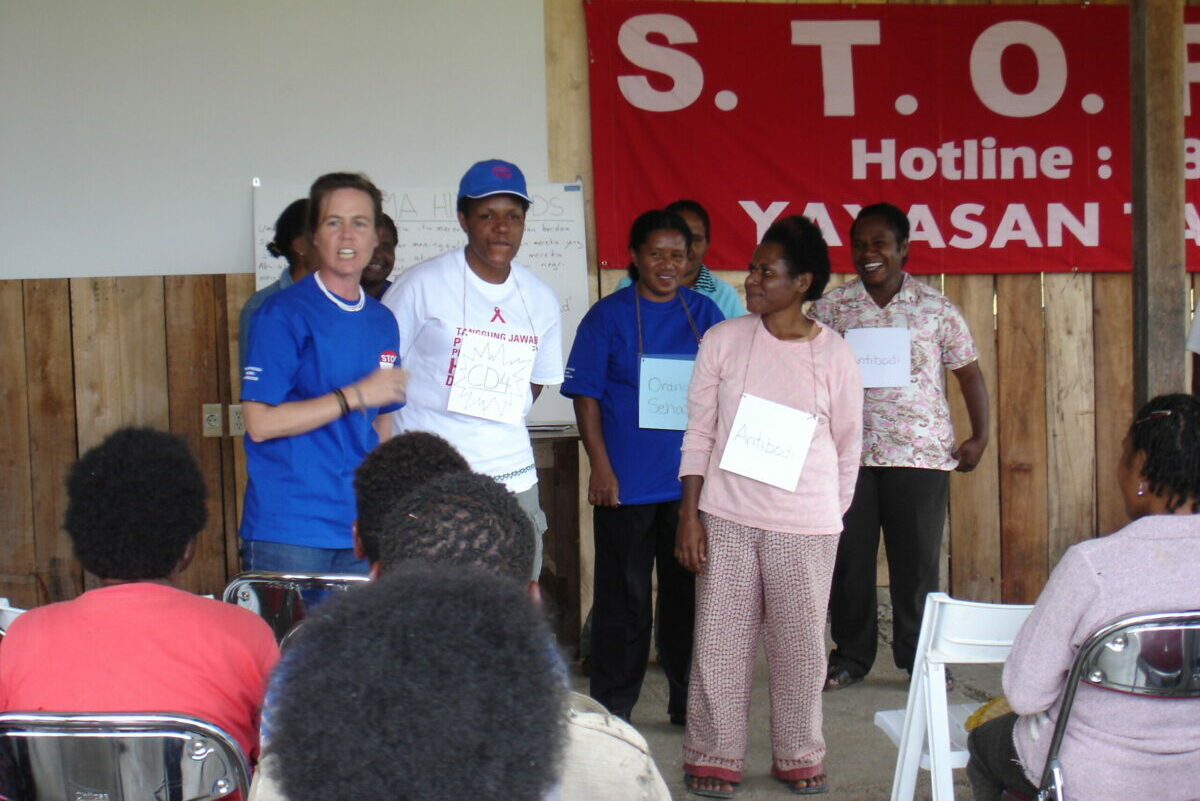